iOS is a mobile operating system created by Apple Company exclusive for its devices such as iPhone and iPad. iOS is the second most used mobile operating system, behind Android. Though it was the first mobile operating system to be released, it supports only Apple’s devices which greatly affected the number of users. iOS is designed based on UNIX and mac OS and it uses direct manipulation such as touch, swipe etc to work on. Initial release was on 2007 and major updates are released annually, latest version being iOS 11. iOS SDK (Software Development Kit) is free for users of Mac computers and can be used to develop mobile apps for iOS. However, to test applications and distribute apps through Apple App Store, developers have to subscribe to Apple Developer program. iOS SDK officially supports Objective-C and Swift programming languages.

Why to enrol in iOS training at Trishana Technologies, Bangalore?

We, Trishana Technologies, are the only training institute providing an all-inclusive iOS training which covers but not limited to Objective-C, iOS SDK with XCode, Database integration, working with sensors and multi view applications and even social network integration. We may be first institute to train students in the latest version of iOS (iOS 11). We have experienced iOS App developers as trainers and provide simple and precise study materials that are better than any other institutes’ materials. We will provide unlimited hours for practicing in our lab since iOS SDK works only in Mac OS and not all our students have that at home to practice. We will provide real-time projects for practice and help you develop your own iOS App before you complete the course. We also provide guidance to get Apple Developer program subscription and App Store permission to distribute your apps. We proudly tell you that we offer 100% assistance for job placement to all our students. 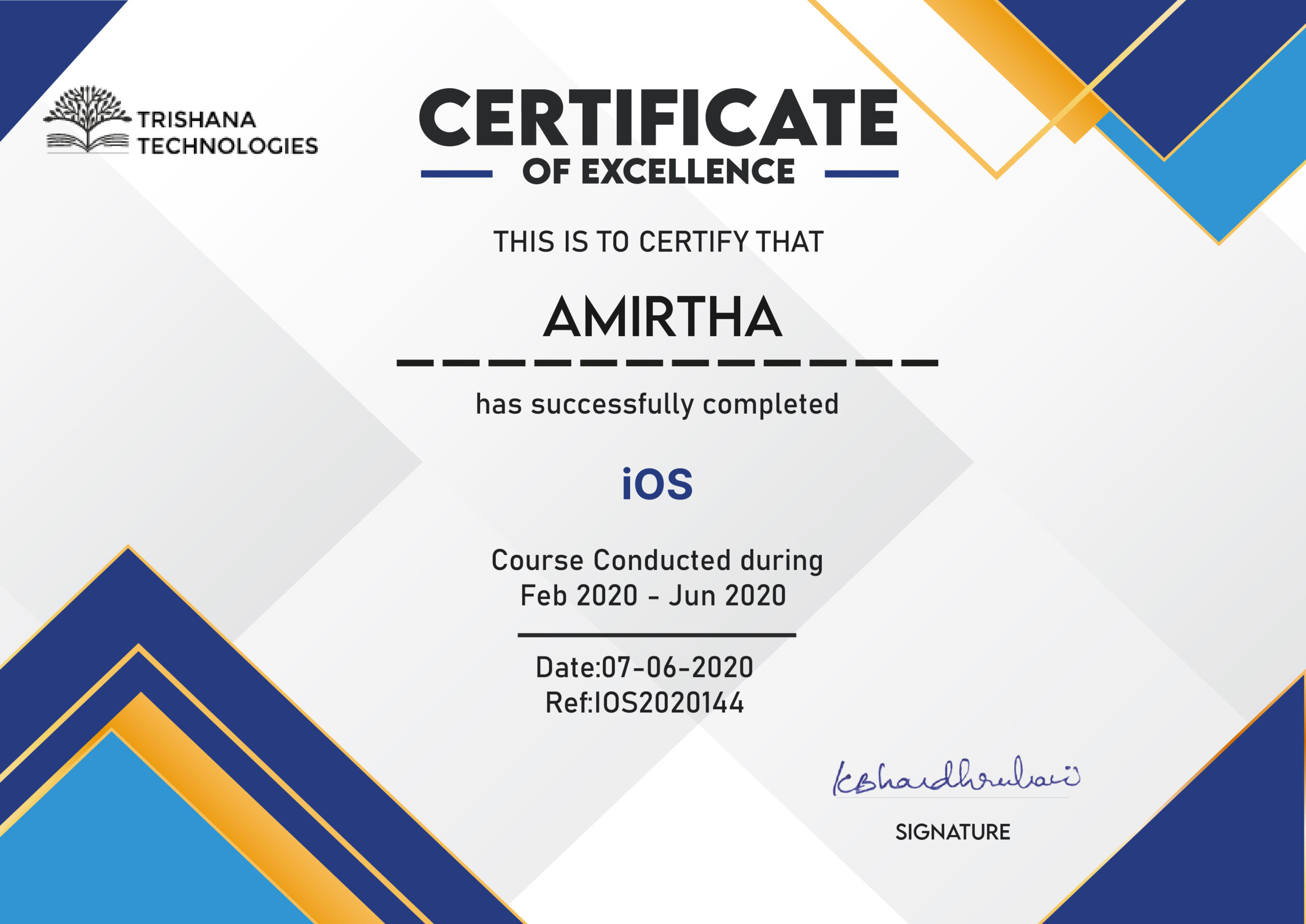