C is a programming language developed to do system programming for operating systems like UNIX. It was developed by Ken Thompson and Dennis Richards in early 1970s. C is an imperative, procedural and compiled language. It follows top-down programming approach. The compiler of C directly generates native machine code for the programs and thus executing the programs quickly. This is also very useful in writing operating systems like UNIX and Linux. It has very few keywords but a large set of libraries which contains code for reuse. C is available for all types of computers and thus rightly called as Portable language. It also influences many programming languages like C++ (C plus plus), C# (C sharp) and Java.

What is C++ language?

C++ (called as C plus plus) is a programming language based on C. It was developed to write programs for different purposes rather than writing operating systems. It was developed by Bjarne Stroustrup at Bell Labs in the 1980s and was initially called as “C with classes”. But it follows bottom-up approach for programming. It had additional features than C, based on Object-Oriented Programming (OOP) concept. Many other features were added to the language such as operator overloading, data encapsulation, exception handling, polymorphism and templates etc. C++ is essentially an extension of C and cannot be learned without learning C first.

Why to enrol in C and C++ training at Trishana technologies?

To start a great IT career, you need the best starting point and Trishana technologies is one such place which is also easily accessible and comfortably affordable to everyone. Trishana technologies’ C/C++ course includes all the concepts and tools you will require to work on both C and C++. It primarily focuses on C since C is the basis for C++ but later part of the course deals entirely with C++ and its own features. Our trainers are well-versed in both C and C++ and had vast experience in working on then and teaching them. We also have our own experts to prepare study materials and to help in practical sessions. Our best-in-class infrastructure and flexible timings for lab will greatly help you to master C and C++ in a matter of weeks. We also have the best placement support in the industry with 100% placement track record in all the previous batches. Our placement support includes conducting mock tests and interviews, arranging off-campuses, providing interview preparation materials and hosting online conferences and webinars with industry leaders. C++ Training institute near me

Looping constructs: while, do…while, for loops 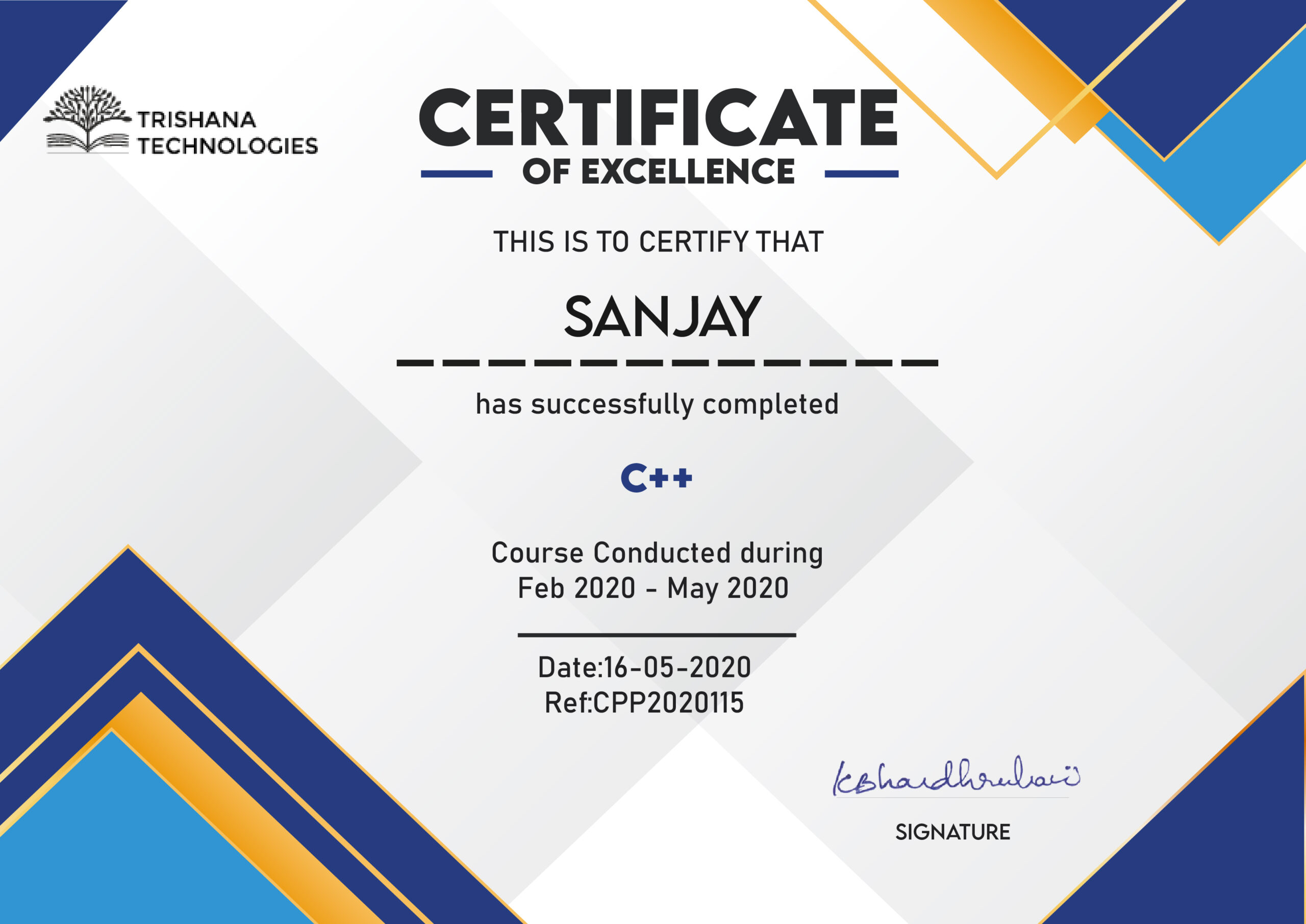