Android is a user-friendly mobile operating system developed by Google for touchscreen devices mainly smartphones. This is the important reason for the swift upsurge of Smartphone users in the last decade. More than 75% of all the smartphones run on Android platform. Android is designed based on Linux and primarily uses direct manipulation like touch and virtual keyboard. Though the first commercial version was released in 2008, it has gone through many major developments with the current version being 8.0 (Oreo). Since Android is available freely, anyone can build their own applications (apps) on Android and upload their apps to Google Play store through which they can earn money as subscription or initial fees to download their app. As of May 2017, Android has the largest installed base of any operating system.

Why to enrol in Android training at Trishana Technologies, Bangalore?

At Trishana Technologies, we offer a comprehensive Android training which includes basic Java and C using which Android is written, SQL which is frequently used in Android, Android Debug Bridge (ADB) and Android Emulator. Traditionally, Android training institutes teach you only how to create apps in IDEs. But our training makes you develop Android apps from the scratch. By this method, you will know every concept and method used and can develop Android apps anywhere. We train you in the most recent version of Android and encourage you to develop your own apps as practice. We will provide you all the software and support you need to practice at home or at our lab. We also conduct webinars often to increase your exposure about Android development in industries. We provide the best placement support and ensure that all of our students are well placed and got their dream job as soon as they had completed the course. 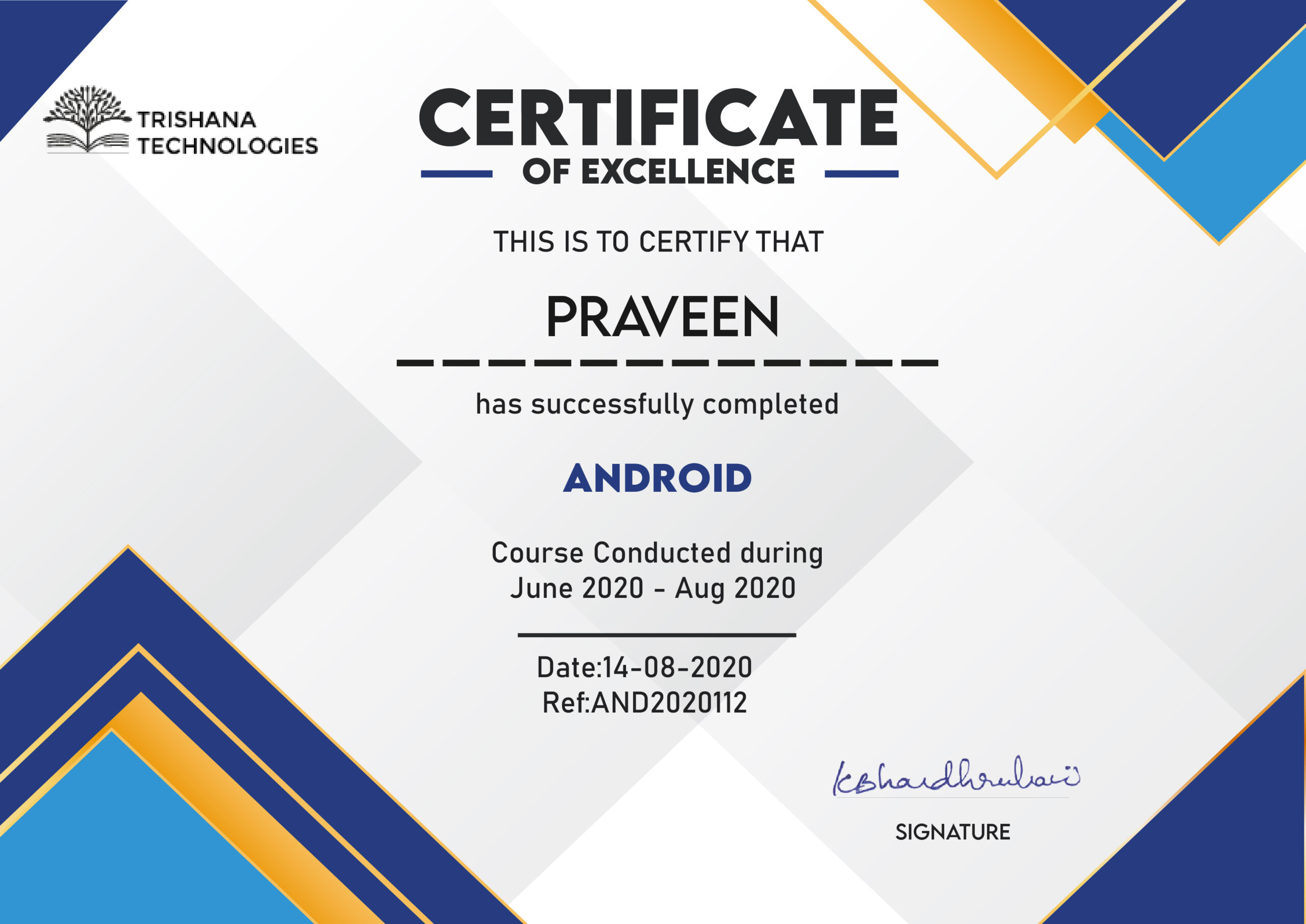